EDTA Congress held in Istanbul in 1978, Prof. Dr. It was carried out successfully under the presidency of Kemal ÖNEN.

Our first national congress was held in Bursa in 1980, with Prof. Dr. Aydoğan ÖBEK presidency and unfortunately it was not followed. In our country he does not know what to do, such as work, but met with each other in congress abroad and Turkey did not pass the participants as well as 5-6 people. At the Congress held in Florence-Italy in 1983, Prof. Dr. Shali Ages ‘A “In our country we do not know is doing work what with whom, patient records, reports of anyone in Europe with its own dialysis center code’ or the individual sent, now in Turkey as well as the necessity of making the congress” I expressed. Thereupon, Şali Hodja gave me courage to start this business and he said that he could help me. The continuation of the congresses after our 2nd Congress, which was held with 50 people after 5 years, made us very happy as the initiators.

HISTORICAL SECTIONS FROM OUR NATIONAL CONGRESSES

XVI. National Nephrology, Dialysis Transplantation and Hypertension Congress Awards, 14-18 November 1999 (from the award ceremony given by the Anatolian Kidney Foundation). 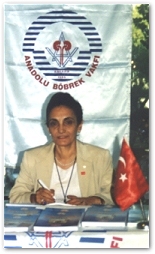 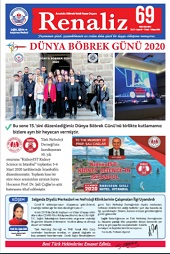